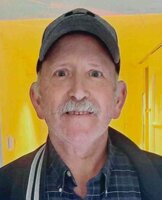 Timothy L. Miller, 61, of Orangeville, passed away Tuesday morning, November 30th at his sister Trudy’s home in Orange Township following a ten- year battle with Non-Hodgkins Lymphoma. Born May 7, 1960, he was the son of the late Robert L. Jr. and Gloria J. (Megargell) Miller. Tim graduated from Central Columbia High School, class of 1978 and attended Bloomsburg University where he was a member of Lambda Chi Alpha Fraternity. He began working for Weis Markets, Bloomsburg and later in Maryland for several years. He also worked for Murray Markets there until returning to this area. He had a long career with PepsiCo Beverage, Berwick in distribution and delivery and was currently employed driving truck for McLane Company Grocery and Food Service. Tim was a member of Orangeville United Methodist Church his entire life as well as an active and Life Member of the Orangeville Volunteer Fire Company. He was an avid sports fan, following the Philadelphia Phillies and Eagles, and was an avid golfer in his spare time. He was especially fond of his 2013 Camero. He was preceded in death by his father, Robert on December 3, 2015 and his mother, Gloria on July 22, 2018. Surviving is a son, Benjamin Miller of Edinboro, PA; step-son Michael McDonough (Jesse) their children, Carmen and Rosalind McDonough of Berwick; sister and brother-in-law, Trudy and Richard Faux of Orangeville; nephews, Brandon Faux (Misse) and Matthew Faux (Kayla); great nieces and nephews, Paisley Faux, twins, Remi and Hunter Faux and Aurora Faux; an uncle, Richard (Rick) Megargell (Lisa) of Orangeville and an aunt, Antoinette Carlson (Carl) of South Carolina. Funeral services will be held Saturday at 1 p.m. from McMichael Funeral Home, Inc., 4394 Red Rock Road, Benton with the Rev. Gail Kitchen, officiating. Interment will follow in Laurel Hill Cemetery, Orangeville. Viewing and visitation hours will be Saturday from 11 a.m. until the time of the service at McMichael Funeral Home.