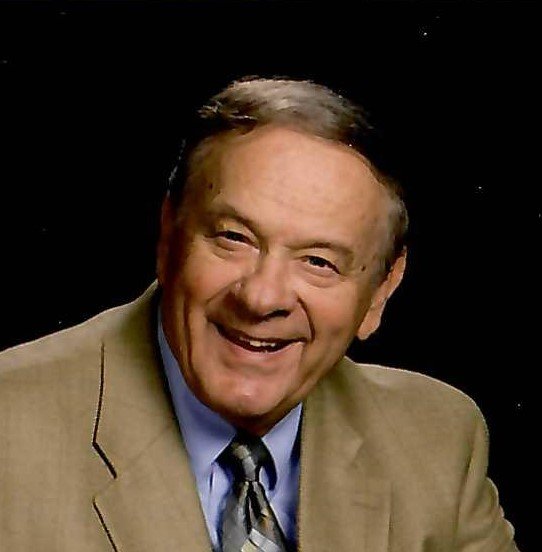 Please share a memory of Henry to include in a keepsake book for family and friends.
View Tribute Book
Henry P. (Hank) Grabski Jr., 84, of Nanticoke passed away Saturday, May 1, 2021, with all the love of his family and friends, at the Wilkes-Barre VA Medical Center. Born May 5, 1936 in Nanticoke, he was the son of the late Henry and Agnes Horanzy Grabski. Henry was a graduate of St. Stanislaus Elementary School, Nanticoke and the former Harter High School, West Nanticoke. He also attended Luzerne County Community College. Hank married his high school sweetheart and love of his life, Eleanor Pegarella on September 1, 1956. He honorably served four years with the U.S. Navy during the Korean Conflict, where he met his best and life-long friend, Jack Flannery and his wife, Mary. Henry was employed at General Cigar Company, Nanticoke and Kingston as a manager for 30 years, util its closure. He then worked as a salesman for several car dealerships in the area, including most recently at DelBalso Ford in Kingston where he was treated as family. He was a member of St. Francis of Assisi Parish and its Holy Name Society before its closure and currently a member of St. Faustina Parish; member of Knights of Columbus, where he coached basketball for ten years; American Legion Post # 350 and the former VFW Post, Nanticoke and VFW Post, Dupont. Henry lived each day for and thought the world of his children and grandchildren. He enjoyed spending time with family and friends on many camping trips, sporting events and trips to the New Jersey beaches. He looked forward to every event with his wonderful friends of the Bacala Club. Henry was an avid fan of the Philadelphia Eagles and Phillies, Penn State football, Duke and Villanova Men’s College Basketball and most of all the UConn Women’s basketball. Surviving is his loving and devoted wife, Eleanor, with whom he shared 64 years of marriage; his daughter, Ellie Anthony of Sheatown, and future son-in-law, Dennis Russo; his son, Henry Grabski III and wife, Jacqueline, of Sheatown; a sister, Carol Evanish and husband, Jack of Pennsburg; a grandson, Marc Scott Anthony of South Carolina; granddaughter, Leanne Grabski of Sheatown and several nieces, nephews, cousins and godchildren. He will be sadly missed by all, including his granddog, Freddy, who he loved to be with. A Private Mass of Christian Burial will be held at St. Faustina Kowalska Parish with the Rev. Joseph Horanzy, his cousin, as celebrant. Interment will follow in St. Mary’s Cemetery, Hanover Township. There will be a private viewing and for family and friends.

Private Mass of Christian Burial will be held at St. Faustina Kowalska Parish, Nanticoke with the Rev. Joseph Horanzy as celebrant

Share Your Memory of
Henry
Upload Your Memory View All Memories
Be the first to upload a memory!
Share A Memory
Plant a Tree