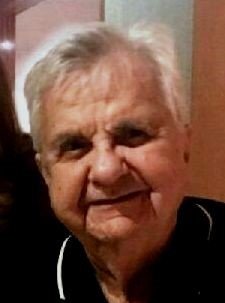 Born January 19, 1934 in Nanticoke, he was a son of the late Michael and Anna Paskevich Wolosonovich.  He graduated from Nanticoke High School, class of 1953 A veteran of the Korean War, he enlisted in the U.S. Marine Corps. and served active duty until October of 1955 and as a reservist until 1960. He was awarded the National Defense Service Medal.

He married Carol Brodowicz on August 25, 1962 in Holy Trinity Church, Nanticoke.  They resided in North Plainfield, NJ for 38 years where he had been employed by Western Union International for twenty-five years and for the NJ Department of Motor Vehicles for eight years.  They returned to live in Nanticoke in 2000.

Myron was a member of St. Faustina Kowalska Parish, Nanticoke and his family parish early in life was St. Francis of Assisi.  He also belonged to the American Legion, VFW, Fraternal Order of Eagles and Knights of Columbus.

In addition to his parents, he was preceded in death by siblings, Julia, Ceil, Michael, Joseph and Leonard.

Surviving is his wife Carol with whom he shared 57 years of marriage and several nieces and nephews.

Myron’s family wishes to extend their sincere thanks to the staff of the VA Hospice Unit for their exceptional care.

Viewing and period of visitation will be Friday from 4 to 7 p.m. at the funeral home.

If desired, donations in Mr. Woloson’s memory may be made to the American Cancer Society.

Share Your Memory of
Myron
Upload Your Memory View All Memories
Be the first to upload a memory!
Share A Memory
Send Flowers