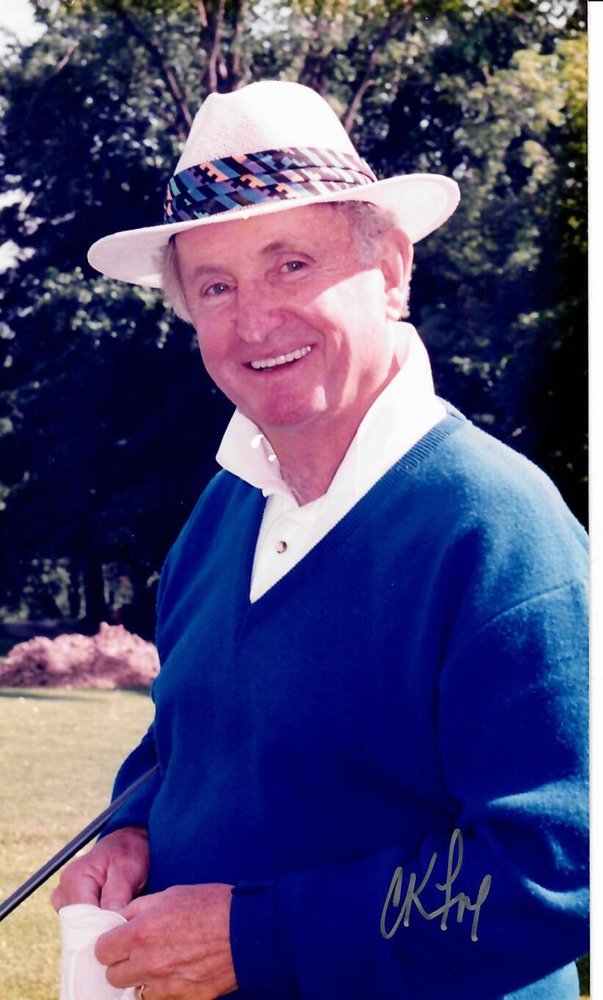 Charles was born in Nanticoke on July 4, 1931, the son of the late Sommers F. Puckey and Iva Belle Andress Puckey.

He attended Nanticoke High School, where he participated in sports and was a member of the 1948 Wyoming Valley Championship football team.  He graduated in 1949.

From 1951 until 1955, Charles served in the U.S. Air Force during the Korean War.  He continued his studies at Bloomsburg State Teachers College and Penn State University, graduating in 1958 with degrees in Speech and Hearing Correction and Social Studies.

“Puck”, as he was known to friends and family, worked as a Speech Therapist in Snyder and Luzerne County schools from 1958 to 1961.  He then became an educational sales representative and worked for Harper and Row publishers from 1961 until his retirement in 1985.  Puck continued working in the profession he loved as an independent sales representative for various publishers and served the industry for more than 50 years.

Puck was a friendly, sociable person and was a member of Nebo Baptist Church.  An active Freemason, he belonged to Plymouth Lodge, Caldwell Consistory and Irem Temple.  He was also a member of the Legion of Honor and Irem Golf Association.  He loved golf and the camaraderie of the game.  His other hobbies included hunting, fishing and boating, and cheering on Penn State.  He also dedicated much of his time over the years to the Nuangola Lake Association, because what he loved especially was “life at the lake.”

Puck was a man who embraced life and lived it to the fullest.   His family and friends were dear to his heart, as he was to them.  He was loved and well-respected by many people.

In addition to his parents, he was preceded in death by sisters, Elizabeth (Betty) Puckey and Beatrice Shafer.

A memorial service will be held August 24 (Saturday) at 11 a.m. at Nebo Baptist

Arrangements are in the care of Davis-Dinelli Funeral Home, Nanticoke.

Share Your Memory of
Charles
Upload Your Memory View All Memories
Be the first to upload a memory!
Share A Memory
Send Flowers