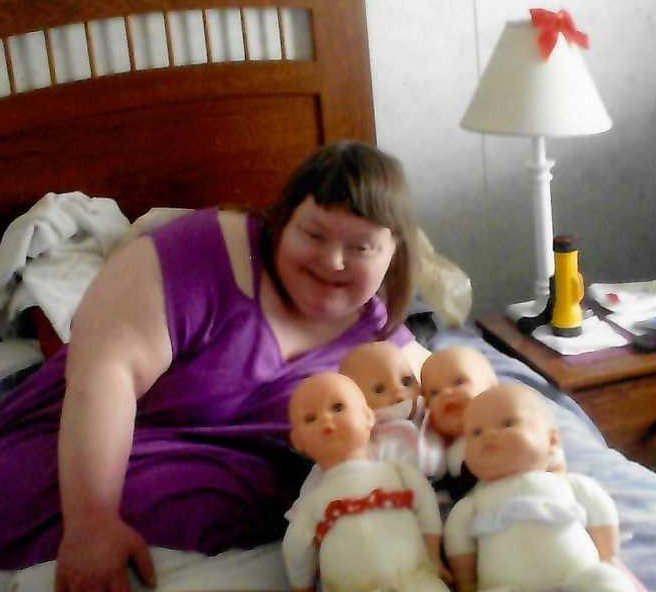 Please share a memory of Kimberly to include in a keepsake book for family and friends.
View Tribute Book
Kimberly Ann Hunlock, 53, of Ashley and formerly Nanticoke, passed away Thursday, October 1, 2020 at Wilkes-Barre General Hospital. Born November 5, 1966 in Nanticoke, she was a daughter of the late Edward and Esther Thomas Hunlock. Kimberly resided with her sister and brother-in-law, Donna and Thomas Kline who were her loving caregivers over thirty years. She had a loving and kind demeanor, despite her health issues. She loved dolls and had a collection of over a hundred, which she regularly dressed in different outfits. She was a huge fan of “The Brady Bunch” and collected anything Michael Jackson. Her favorite shows were “Little House on the Prairie” and “The Waltons”. In addition to her parents, Kimberly was preceded in death by her sister, Donna, and brothers, Clarence, Richard and David Hunlock. She will be deeply missed by her family. Surviving is her brother-in-law, Thomas Kline and several nieces and nephews, including, Brenda Kivler and husband, Joseph; great niece, Madison Kivler and great nephew, Matthew Kivler. Private services will be held at the convenience of the family. She will be laid to rest with her parents in Edge Hill Cemetery, West Nanticoke. There will be no public viewing or calling hours.

Private services will be held with interment in Edge Hill Cemetery, West Nanticoke

Share Your Memory of
Kimberly
Upload Your Memory View All Memories
Be the first to upload a memory!
Share A Memory
Plant a Tree