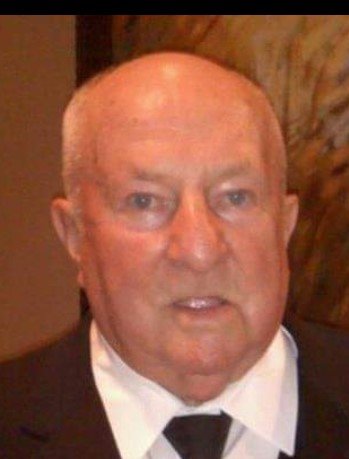 A veteran of the Korean War, Michael served with the U.S. Army’s Company C, 526th Armored Infantry Battalion.  He received the Purple Heart for wounds received in action on May 30, 1953.  He also received the Combat Infantry Badge, Korean Service Medal with a bronze service star as well as United Nations and National Defense Service Medals.

Mike resided in Wilkes-Barre until his marriage to the former, Mary Lou (Babe) Davis on August 6, 1977.

He was employed at Muskin Pool Company, Plains for over 20 years, retiring in 1999 and previously worked at Frebaum’s Textile Mill in Ashley.

He was a member of Zion United Church of Christ and American Legion Post # 350, Nanticoke.  Mike was an avid sports fan of the Phillies, Eagles and Penn State and was very devoted to his wife and family.  He was especially proud of his grandchildren and great grandchildren.

The last member of his immediate family, he was preceded in death by sisters, Sarah, Florence, Mary and Theresa, and brothers, John, Thomas and Joseph.

A viewing and period of visitation will be Monday, August 19 from 4 to 8 p.m. at  the funeral home.

Share Your Memory of
Michael
Upload Your Memory View All Memories
Be the first to upload a memory!
Share A Memory
Send Flowers