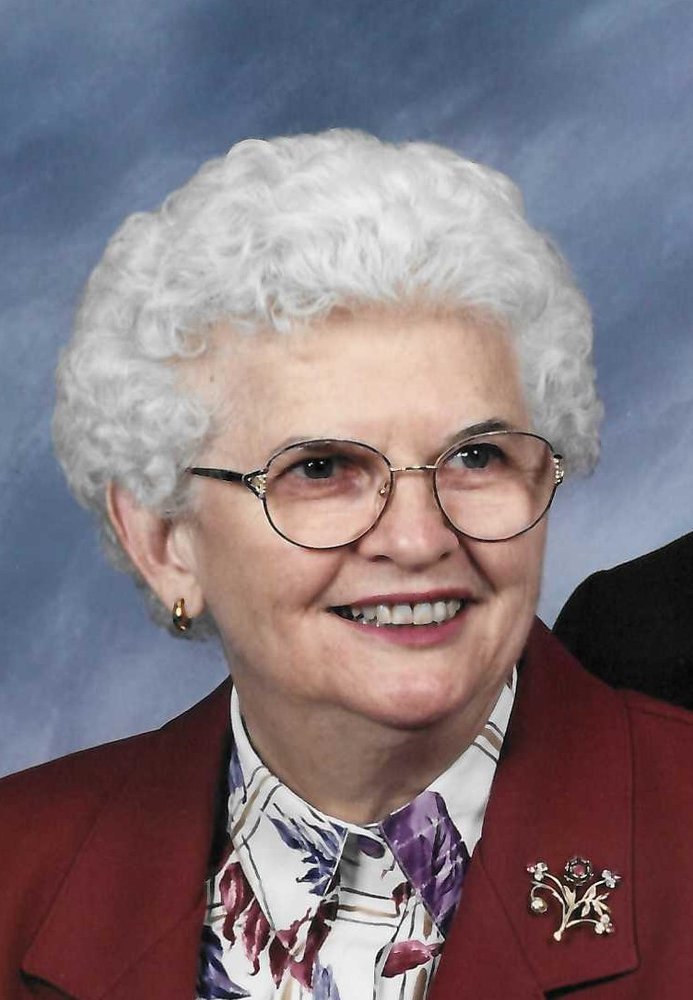 Please share a memory of Jane to include in a keepsake book for family and friends.
View Tribute Book
Jane C. Swank, 91, of East Green Street, Nanticoke, passed away early Sunday morning, December 6, 2020 at her home. Born on October 8, 1929 in Dewey Park, Hanover Township she was a daughter of the late John A. and Lillie Collett Swithers. Jane was a graduate of Hanover Memorial High School, class of 1947. During high school she began employment at the former Gem Furniture Store, Nanticoke working there as a bookkeeper until her marriage to Willard J. Swank in 1950. With her husband’s employment, they relocated fourteen times over the years. She also worked in the bookkeeping department at Bell Telephone Company early in life and last at the Burlington National Bank, Burlington, Iowa eventually stopping work to raise her family. She and Willard also had operated a caramel corn, popcorn and candy shop in Easton, PA. In 1989 they returned to this area, residing at their current address in Nanticoke. Jane was a faithful member of First United Methodist Church, Nanticoke where she served on the Administrative Board and was a member of its Corner Class; she was very active and involved with Little League, YMCA and cub scouting in the various places they resided over the years. She and Willard also enjoyed traveling and visited forty-nine states. She loved the family trips to Canada and attending family reunions and enjoyed arts and crafts and gardening. Jane will be remembered for her infectious laugh and most especially for her love for her family. She was preceded in death by her son, Willard Swank Jr. on March 28, 2020 and was the last member of her immediate family, being preceded in death by a brother, John Swithers and sister, Eleanor Howells. Surviving is her husband Willard J. Swank with whom she celebrated 70 years of marriage on April 8th; a son, John C. Swank, Nanticoke; daughter-in-law, Peggy Swank, Bakersfield, CA; grandsons, Neil Swank, Bakersfield, California and Glenn Swank, Fayetteville, Arkansas as well as nieces and nephews, to whom she was very close. Memorial services will be held Friday at 1 p.m. from Davis-Dinelli Funeral Home, 170 E. Broad St., Nanticoke with the Rev. Roger C. Noss, Jr., her pastor, officiating. Interment will follow in Albert Cemetery, Mountain Top. In lieu of flowers, contributions in Mrs. Swank’s memory may be made to Wounded Warrior Project, Project, P.O. Box 758516, Topeka, KS 66675-8516.
Friday
11
December

Share Your Memory of
Jane
Upload Your Memory View All Memories
Be the first to upload a memory!
Share A Memory
Send Flowers
Plant a Tree