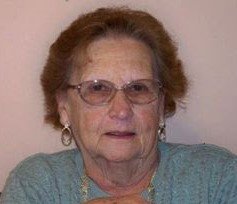 Please share a memory of Eugenia to include in a keepsake book for family and friends.
View Tribute Book
On Sunday December 13th, 2020, Eugenia Bevan, loving mother and grandmother passed away peacefully at age 86. She was born February 13th, 1934 in Plymouth a daughter of the late John and Veronica (Turkowski) Zona. She was a graduate of Wyoming Valley West High School and resided in Plymouth most of her life. Eugenia was the mother of seven children and the grandmother of many grandchildren and great grandchildren. She spent most of her career as a CNA working up until her mid 70’s, and dedicated her whole life taking care of others. She was an avid fisher and reader and loved to play video games. She was a very special woman and will be missed more than she will ever know. In addition to her parents, she was preceded in death by her daughters, Gina Bevan and Christine Marchakitus; a son, Jackie Bevan and her brothers, Junior and Robert Zona. She is survived by her daughter, Sharon Height and son- in- law, William Height; three sons, Bobby, Richard and Fred Bevan; a daughter in law, Linda Bevan as well as many grandchildren; great grandchildren and nieces and nephews. We never thought there would be a day without you Gram. You are everything to us, and without you, we are lost. We will live on and honor your memory, LOVE EVERYONE. There will be no services held as Eugenia did not want anyone to cry over her passing. We, as her family, ask that you love and cherish those around you and always open your door to anyone in need.

The family will celebrate her life privately. There will be no public Viewing or Services at this time.

Share Your Memory of
Eugenia
Upload Your Memory View All Memories
Be the first to upload a memory!
Share A Memory
Plant a Tree