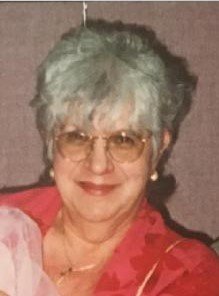 Please share a memory of Arlene to include in a keepsake book for family and friends.
View Tribute Book
Arlene Krukowski, 81, of Nanticoke passed Wednesday evening December 23, 2020 at Wilkes-Barre General Hospital. Born March 21, 1939 in Nanticoke, she was a daughter of the late John and Helen (Kaczorek) Purvin. She graduated from Harter High School, West Nanticoke and furthered her education, becoming a Licensed Practical Nurse. She married Raymond John Krukowski on August 6, 1960 and together shared nearly 60 years of marriage until his death on March 7, 2020. Arlene was employed many years as an LPN and was employed by the former Nesbitt Memorial Hospital, Kingston, Nanticoke State Hospital and Mercy Hospital, Wilkes-Barre. She also was an LPN at Luzerne County Correctional Facility, as well as in private duty later in her career. She was a member of St. Faustina Kowalska Parish, Nanticoke and, prior to the consolidation of parishes, belonged to Holy Trinity Church and sang in the choir. In addition to her husband, Raymond, she was preceded in death by her sister, Joan Schlack in 1980, and her brother, John Purvin in 2013. She is survived by two sons; Raymond Krukowski Jr. (Ann Marie) of Wanamie and David Krukowski (Michelle Lynne) of Soddy Daisy, TN; she also has four grandchildren; Justin and Michael Krukowski and Elijah and Marissa Krukowski; a sister-in-law, Loretta Purvin of Sheatown as well as nieces and nephews. A private blessing service for the family will be held at Davis-Dinelli Funeral Home, 170 E. Broad St., Nanticoke with the Rev. James R. Nash, her pastor, officiating. Interment will follow in Holy Trinity Cemetery, Sheatown. There will be no public viewing or calling hours. In lieu of flowers, please consider a contribution in Arlene’s memory to the American Cancer Society.

There will be a Private Blessing Service for the family, followed by Interment in Holy Trinity Cemetery, Sheatown. There will be no public viewing or calling hours.

Share Your Memory of
Arlene
Upload Your Memory View All Memories
Be the first to upload a memory!
Share A Memory
Plant a Tree