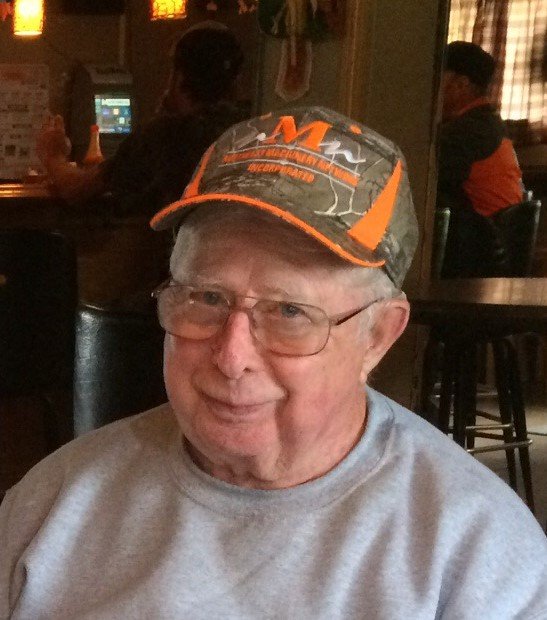 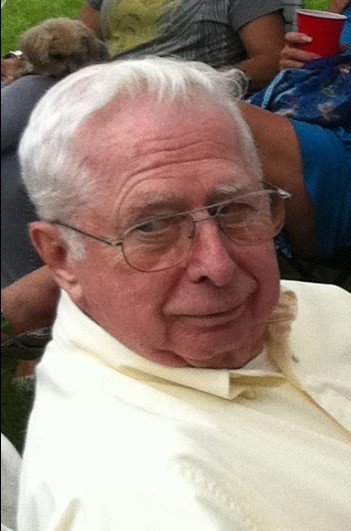 Please share a memory of Ronald to include in a keepsake book for family and friends.
View Tribute Book
Ronald “Pop” G. Kinney Sr., 91, of Hunlock Creek, passed away peacefully surrounded by his family on Thursday Jan. 28, 2021 at the Post Acute Medical Specialty Hospital, Wilkes-Barre. Born March 27, 1929 in West Nanticoke, he was the son of the late Freas C. and C. Grace (Morgan) Kinney. He was a 1946 graduate of Harter High School, West Nanticoke. Ron was a high-speed machine mechanic employed for many years with Consolidated Cigar Company, and later with Topps. Ron was an avid outdoorsman which began as a child hunting with his father, grandfather, and family friends. His love of the outdoors continued as an adult, and he shared that love and tradition of hunting, fishing, and gardening with his children and grandchildren. Ron’s love for his family knew no bounds. He loved to sit and tell stories of his youth and his many hunting adventures, the tales growing taller as the campfires dwindled. Visiting neighbors as he drove around in his golf cart and relaxing at Sylvan Lake where he had first arrived at the age of seventeen. His pride and joy were his grandchildren. His blue eyes sparkling with pride when he spoke of them. Always being present at sporting events, musical concerts, graduations and any celebration of their lives and accomplishments. Ron gave 50+ years of service with Sylvania Lodge No. 354, F. & A. M. and Caldwell Consistory, Bloomsburg PA. He was also a member of the NRA and Pheasants Forever. Ron was a former Webelo leader in Sweet Valley Cub Scout Pack 444 and the former Scout Master of Sweet Valley Boy Scout Troop 444 also becoming a member of the Scouting Organization Order of the Arrow. In addition to his parents, he was preceded in death by his brother Freas Kinney and nephew Clinton Kinney. Ron is survived by his loving and devoted wife of 68 years Ada V. (Gordon) Kinney, Son Ron Kinney Jr. and partner Joann Cavallaro, Hunlock Creek; Son Brian Kinney Sr., Hunlock Creek; and daughter Laurie (Kinney) Wojciechowski and her husband Kenneth, Hunlock Creek; his beloved grandchildren, Ron Kinney III and his girlfriend Brenda Cease, Pikes Creek; Brian Kinney Jr and his fiancée Angela Lockavich, Bloomsburg; Eric Wojciechowski and his fiancée Morgan Coburn, Monroe Twp.; Corey Kinney, Baltimore MD; Tyler Wojciechowski and his girlfriend Kirsten Howell, Hunlock Creek; Emma Kinney, Hunlock Creek; and sister Phyllis (Kinney)Russell, Summerfield FL; many nieces and nephews. Ron will be dearly missed by his family and friends. With his strong belief in the principles of Scouting and having helped to guide three of his grandsons to the rank of Eagle Scout, the family has asked in lieu of flowers that memorial donations in memory of his name can be made to Sweet Valley Cub Scout Pack 444 or Sweet Valley Boy Scout Troop 444 by contacting svpack444@gmail.com. Private funeral services will be held at the discretion of the family through the Clark Piatt Funeral Home, Hunlock Creek.

Private services will be held. There will be no public calling hours.

Share Your Memory of
Ronald
Upload Your Memory View All Memories
Be the first to upload a memory!
Share A Memory
Plant a Tree