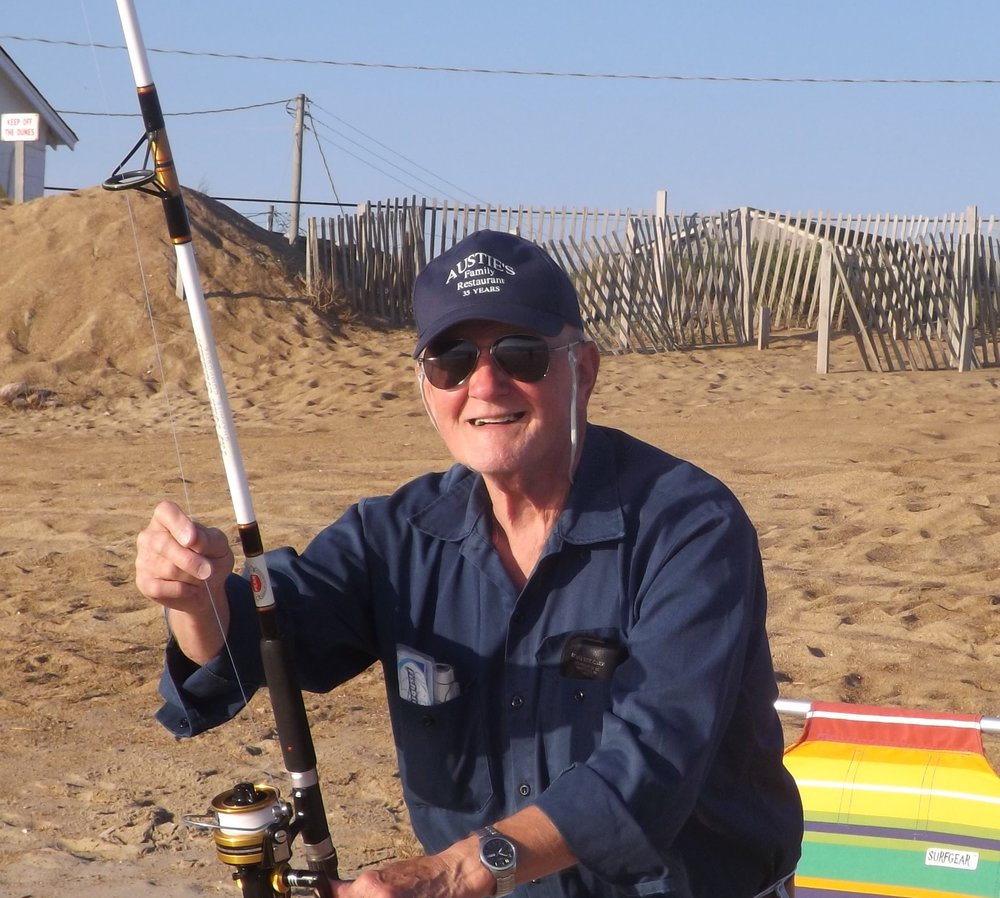 Please share a memory of Ronald to include in a keepsake book for family and friends.
View Tribute Book
RONALD ALLEN KEINER This is the story of Ronald Allen Keiner, who passed at 80 years young, known to his friends as Ron. If you ask friends or family to describe him, they would refer to him as the ultimate gentleman. He was loved by many, is missed, and will always be cherished by those who knew him. Dad as he is referred to by his daughters, Pop as he is referred to by his grandchildren and as he would often refer to his wife as “Missy” was a devoted husband, father, grandfather, son, uncle, and brother. Even though he was not a man of many words he loved his family deeply and was devoted to them. The love he had for his family was abundant in the acts of kindness and love he bestowed on them. Ron was born at home on Nov 18, 1940 in Slocum. Love ones that have cleared the pathway for his arrival in heaven are his father, Michael Thomas Keiner, his mother, Mary Keiner Bowman, his sister, Molly Keiner Knudeson, and his brother, Ralph Keiner. Loved ones that will miss Ron until they meet again are his wife of 59 years, Winifred (Burgess) Keiner; 2 daughters, Jenny (Keiner) Jarolin and Mollie (Keiner) Deblasio; 2 sons in law, Robert Jarolin and Steve DeBlasio; and the apples of his eye, his 4 grandchildren, Saige DeBlasio, Sadie Jarolin, Dane DeBlasio and Greyson DeBlasio. Ron graduated from Berwick High School and was a wrestler on the wrestling team. He was quite the dancer. If you were lucky enough to have a dance with him, he would take you in his arms and he would glide you across the floor. How fitting that the love affair he and his wife Win started, started on the dance floor. Ron was a veteran and served from 1962 to 1967. He was proud of being a veteran and serving his country. He was a loyal worker for Power Engineering for over 34 years. He was a man that had working hands. Those hands did many years of hard work but also those hands most importantly were used to hold, love and help his family. Ron’s love of the outdoors, whether it was fishing, hunting or just being out in nature made him the ultimate woodsman. He was a long-time member of the Nanticoke Conservation Club, Newport Rod and Gun Club, and The Masonic Lodge of Nanticoke. He was a man of strong faith and was an active member of the Nebo Baptist Church; serving on their Deacon Board and helping with numerous causes in the church. He instilled many qualities into his family, one being his faith and hard work. Ron had a quick funny wit that would make you laugh when he would come off with a good one liner. He loved tying his own flies for fly fishing, puttering around his home and could fix anything and everything that would break. He was a civil war connoisseur and was always amazing us with the amount of knowledge he had about that time period. He was a lover of country music attending many concerts. One of the highlights was meeting one of his favorite singers, George Jones, who autographed one of his books. On February 7, 2021 Ron was called home to the arms of Jesus to rest in peace and comfort. Ron was surrounded in love at his bedside by his 2 daughters and his wife as he took his final breath. Ron was not scared to die and would always say “When the time comes and the good Lord calls me home, I will be ready.” The family takes comfort in knowing that they will be seeing him again. Ron has now become one of those loved ones that has laid the path for those of us waiting to be reunited again with him in heaven. Friends and family are invited for visitation Friday, March 5th from 6-7 p.m. at Nebo Baptist Church, 75 South Prospect Street, Nanticoke with a Memorial service to follow at 7pm. In lieu of flowers, Ron has asked that you make a donation to Patriots Cove: payable to Patriots Cove, 4334 SR 29S, Noxen, PA 18636. https://www.patriotscove.org/donate/
Friday
5
March

Share Your Memory of
Ronald
Upload Your Memory View All Memories
Be the first to upload a memory!
Share A Memory
Send Flowers
Plant a Tree