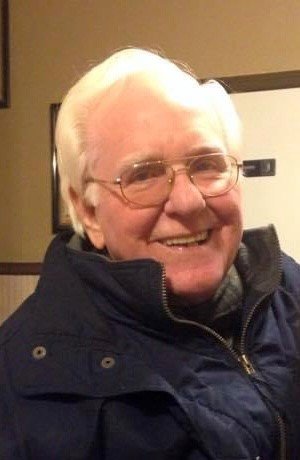 Please share a memory of Ronald to include in a keepsake book for family and friends.
View Tribute Book
On January 30, 2021, Ronald D. Rees, 92, of East Spring Street, Nanticoke, passed away peacefully, surrounded by loving family and friends, in the home he was born. Born February 26, 1928, he was the son of the late John H. and June Thomas Rees. Ron was the third youngest of 14 children. He grew up on Spring Street and spent summers at Lake Silkworth, where he loved to go searching for turtles at the swamp and dancing at Goodwin's Pavilion. He was an animal lover all his life and kept many pets as a young boy: roosters, chickens, snakes, insects, dogs and cats. He was a lifelong member of the First Presbyterian Church, Nanticoke and held many leadership positions there throughout the years. His faith and his church were core to his life. Ron graduated from Nanticoke High School in 1947. He lived and worked in New Jersey for many years, before returning home to Nanticoke about 45 years ago. He became a florist, working at Evans Floral, Dundee Gardens, and The Big Apple in Nanticoke. He was the owner of Southfork Floral in Dallas, PA for many years. He also had antique shops at several flea markets. He later worked for the Bureau of Aging at Children & Youth before retiring in his 80’s. Ron enjoyed researching family genealogy, traveling, collecting chickadee decor, maintaining his vast collection of antiques & taking care of his many cats. Rocky, his favorite cat, was his constant companion. He was a father figure and friend to so many. He will be remembered for his warm hugs, his family gatherings and his many expressions of love. He will be deeply missed by all and will live in our hearts forever. Surviving is his sister, Mildred Plummer, of Jenkintown, PA, several nieces, nephews, cousins, and many friends. He was preceded in death by siblings Laurence Rees, Madge Rees, Lois Leete, Almena Vaughn, Malvern Rees, the Rev. George Edward Rees, Mary Domaleski, Laureen Watts, Grace Rees, Jane Turley, Howard Rees, & Shirley Fleet. There will be no public service or calling hours at this time. A memorial service will be held at a later date. Memorial contributions may be made to First Presbyterian Church, 229 E. Main Street, Nanticoke, PA, 18634 with the designation " Food Pantry" in the memo, or, to Linda Kotch (for ‘Out And About ‘Stray Cat/Kitten Rescue), 224 South Chestnut Street, Nanticoke, PA 18634, with Chewy gift cards or checks made payable to Linda Kotch.

A Memorial Service will be held at a later date. He will be laid to rest in Hanover Green Cemetery.

Share Your Memory of
Ronald
Upload Your Memory View All Memories
Be the first to upload a memory!
Share A Memory
Plant a Tree