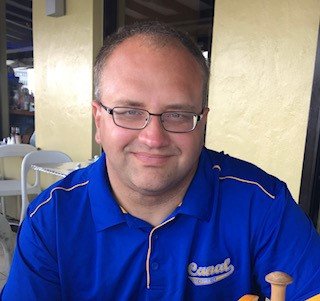 Please share a memory of William to include in a keepsake book for family and friends.
View Tribute Book
William John “Bingo Bill” Holena, Jr., age 43, of Newark, DE, passed away suddenly on Friday, February 5, 2021. Born in Wilkes-Barre on April 1, 1977, he was the son of William John and Georgette J. (Chervenitski) Holena, Sr. of Edwardsville. Bill was a 1995 graduate of Bishop Hoban High School and a 1999 graduate of Pennsylvania State University of University Park, PA, where he earned a Bachelor of Science Degree in Human Development & Family Studies. He worked for MBNA and Bank of America, Newark, Delware for many years prior to making his most recent employment as a Vice President of Debit Card Operations for BNY Mellon in Wilmington. Bill served as a volunteer firefighter and EMT for the Edwardsville Fire Department, beginning in 1995. He served as a volunteer firefighter for Aetna Hose, Hook & Ladder Co., beginning in 2005, where he also served on the board of directors and spearheaded countless fundraising projects, including Monday Night Bingo. Bill was also a Canal Little League coach and served on the board of directors. He was a member of the Hiram Lodge No. 25 Free and Accepted Masons and a noble with Nur Shrine in New Castle. Bill was newly initiated on January 27, 2021, into the Newark Elks Lodge No. 2281. He was preceded in death by his infant brother, William Holena; paternal grandparents, William and Joan Holena; and maternal grandparents, George and Henrietta Chervenitski. Surviving, in addition to his parents, are his wife of 20 years, Tamara A. (Kratz) Holena; daughters, Victoria and Veronica, both at home; sister, Jennifer Holena of Oceanside, CA; brothers-in-law, Timothy Kratz (Beth Ann) and Thomas Kratz (Leslie), both of Nanticoke and numerous nieces, cousins, aunts and uncles. A Mass of Christian Burial was held February 13th in Bear, Deleware.

Share Your Memory of
William
Upload Your Memory View All Memories
Be the first to upload a memory!
Share A Memory
Plant a Tree