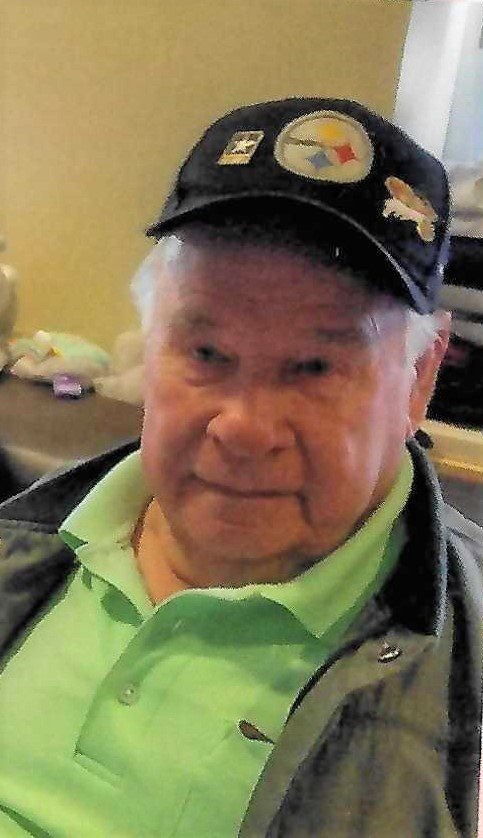 Please share a memory of Frank to include in a keepsake book for family and friends.
View Tribute Book
Frank Presnal Sr., 94, of Alden, passed away Tuesday, April 6, 2021 at Residential Hospice, Geisinger South Wilkes-Barre. Born in Stearns Station, Newport Township on June 18, 1926, he was one of nine children of the late John and Margaret (Ciolkosz) Presnal. He was a veteran of World War II, serving in Central Europe and Rhineland with the U.S. Army’s 53rd Armored Infantry Battalion. Among others, he was awarded the European African Middle Eastern Campaign Medal and Distinguished Unit Badge. He was married to Thelma Elmy on October 15, 1955. Frank had a long career as a truck driver with Bell Telephone Company, first in Nutley, New Jersey and later, Wilkes-Barre for a total of thirty-seven years, retiring in 1988. He was a member of First Primitive Methodist Church and American Legion Post # 350, Nanticoke. In addition to his parents, he was preceded in death by his son, Frank Presnal Jr. in 1982; grandsons, Jason Presnal in 2002 and Eric Bowman in 2017. He was the last member of his immediate family being preceded by brothers, Michael, Alexander, Edward, Joseph and Walter Presnal, and sisters, Mary Baber, Anna Kivler and Helen Prill. Frank was loved by many and will be remembered as a great husband, father, grandfather, great grandfather and uncle. Surviving is his loving wife, Thelma, with whom he shared sixty-six years of marriage; daughter-in-law, Sonia Bowman and husband, Ray of Hunlock Creek; grandson, Raymond Bowman Jr.; granddaughter, Kelly Littleton and husband, Nathan; great grandchildren, Bryson Littleton, Sydney Moyer, Lydia Moyer and Makenzie Littleton and many nieces and nephews. Friends and family are invited to a graveside service Thursday at 2 p.m. at Slocum Cemetery with the Rev. Joe Roach, pastor of First Primitive Methodist Church, officiating. Viewing will be private and there will be no public calling hours.
Thursday
8
April

Share Your Memory of
Frank
Upload Your Memory View All Memories
Be the first to upload a memory!
Share A Memory
Send Flowers
Plant a Tree