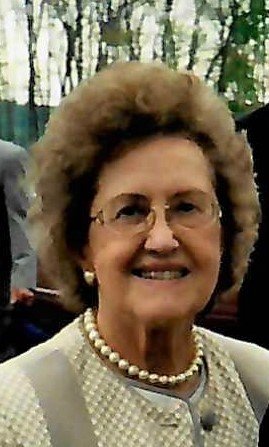 Please share a memory of Elizabeth to include in a keepsake book for family and friends.
View Tribute Book
Elizabeth A. Vandermark, 95, of East Green Street, Nanticoke passed away Tuesday, April 13, 2021 at Oakwood Terrace, Moosic where she was a patient since June, 2019. Born October 12, 1925 in the Wanamie section of Newport Township she was a daughter of the late Russell W. and Hazel (Montgomery) Vandermark. She attended the Newport Township schools and graduated from the former Newport Township High School in 1943. She also attended Penn State University and Wilkes College. Prior to retiring in 1980, Miss Vandermark had been employed in various capacities for the U.S. Federal government as a Hearing Assistant and later Administrative Officer with the Bureau of Hearings and Appeals, Social Security Administration, Wilkes-Barre; a Field Support Specialist with the Bureau of Hearings Land Appeals Regional Office, Philadelphia; and last as a Senior Workmen's Compensation Claims Examiner for the Dept. of Labor Black Lung Field Office, Wilkes-Barre. Elizabeth was a member of First United Methodist Church, and Friends of the Mill Memorial Library, both of Nanticoke, and NARFE (National Assn. of Retired Federal Employees). She was preceded in death by a brother, Russell Vandermark and sisters, Bertha Fritz and Jennie Novak. Surviving are numerous nieces, nephews, and great nieces and great nephews including Stephen Shipierski and fiancé, Christine Ford with whom she resided. Funeral services will be held Wednesday at noon from Davis-Dinelli Funeral Home, 170 E. Broad street, Nanticoke with the Rev. Roger C. Noss Jr., her pastor, officiating. Interment will follow in Newport Cemetery, Newport Center. Viewing and visitation hours will be Wednesday from 10 a.m. until the time of the service. Elizabeth’s family extends their sincere thanks to the staff at Oakwood Terrace as well as Bayada Hospice for the exceptional care they provided. In lieu of flowers, please consider a contribution in Miss Vandermark’s memory to First United Methodist Church, 267 E. Main Street, Nanticoke, PA 18634.
Wednesday
14
April

Share Your Memory of
Elizabeth
Upload Your Memory View All Memories
Be the first to upload a memory!
Share A Memory
Send Flowers
Plant a Tree