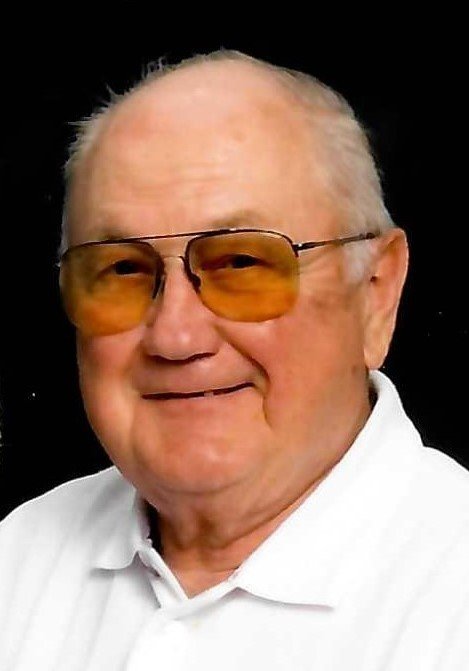 Please share a memory of Michael to include in a keepsake book for family and friends.
View Tribute Book
Michael Kardash, 89, of Sheatown, passed away peacefully, April 23rd at his home with family by his side. Born April 30, 1931 in Newport Township, he was a son of the late John and Antoinette (Wierbicki) Kardash. Michael was a graduate of Newport Township High School, class of 1949. After graduation he proudly served his country with the U.S. Navy during the Korean War. He served aboard the USS Roanoke and USS Wisconsin and during his service he became a welder and deep-sea diver. After his honorable discharge from the military, welding and construction was his lifelong career. Several of his employers were Raymond R. Hedden Company, Fiesler Sign Company and last at Reilly Plating Company from which he retired at age 87. Michael was an avid hunter, fisherman, and master gardener. He was famous for making and giving away his 24 hour pickles. He was a lifelong member of Holy Resurrection Orthodox Church, Alden Station and served as Church Council President for 55 years. His accomplishments were acknowledged by His Eminence Archbishop Melchisdeck by presenting him with the Archbishop’s Award of Excellence and the Medal of St. George. He also belonged to the American Legion, Nanticoke and later Wanamie Post as well as the Ironworkers and Teamsters Unions. Michael was the beloved husband of Faith Rudowski Kardash, with whom he celebrated 66 years of marriage on June 12th; proud Dad of Vera (Gary) Thompson and Barbara (Lyndell) Carey; cherished Pop Pop of Caitlin (Brandon) Styczen and Christopher Thompson. He will be lovingly remembered by his brother John (Florence) Kardash; a sister, Mary (John) Rovinski and sister-in-law, Kathleen Kardash as well as nieces, nephews, and great nieces and nephews. He was preceded in death by his brother, Metro Kardash. Michael had many friends but none more devoted than Ed K., Len, Ed B., Pete and Rich. A phone call from Michael and they would be there to lend a helping hand. Their loyalty was witnessed by family members and we will be forever grateful. Services will begin with Panachyda 9:15 a.m. Tuesday from Davis-Dinelli Funeral Home, 170 E Broad Street, Nanticoke, followed by Funeral Service at 10 a.m. at Holy Resurrection Orthodox Church, 17 E. Kirmar Avenue, Alden with His Eminence Archbishop Melchisdeck, Metropolitan of the Palestinian Orthodox Church in America, officiating. Interment with military honors will be in Oak Lawn Cemetery, Hanover Township. Viewing and visitation will be Monday from 6 to 8 p.m. at the funeral home. Parastas will be at 7 p.m. Those attending are asked to comply with CDC requirements for masks and social distancing. In lieu of flowers, please consider a donation in Michael’s memory to Holy Resurrection Orthodox Church, 17 E. Kirmar Avenue, Alden Station, Nanticoke, PA 18634.
Monday
26
April

Panachyda will be Tuesday at 9:15 at the funeral home followed by Funeral Service at 10 a.m. at the church.

Parastas will be Monday at 7 p.m. at the funeral home.
Online Memory & Photo Sharing Event
Online Event
About this Event

Share Your Memory of
Michael
Upload Your Memory View All Memories
Be the first to upload a memory!
Share A Memory
Send Flowers
Plant a Tree