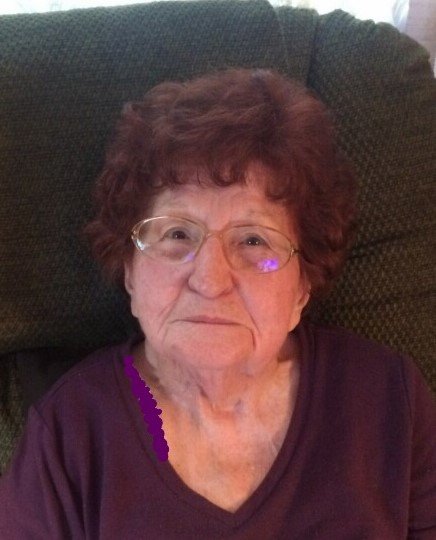 Please share a memory of Ada to include in a keepsake book for family and friends.
View Tribute Book
Ada V. (Gordon) Kinney, 88, of Hunlock Creek, passed away peacefully in her sleep from natural causes at home on Saturday May 15, 2021. She joined her beloved husband Ron only three months after death had separated them. Born February 14, 1933 in Pikes Creek, she was the daughter of the late J. Lawrence and Ada (Traver) Gordon. She was a 1950 graduate of Laketon High School, Harveys Lake. Ada was a wife and stay-at-home mother caring for her family for most of her life. Later she was employed as a quality control inspector with Consolidated Cigar Company. Ada was an avid cook and gardener. She spent many hours in her kitchen perfecting her recipes. Those same recipes have now been handed down as her legacy of love to the future generations of her family. She loved to be in her yard tending her flower beds. As each of her children and grandchildren began their own lives, she would share with them cuttings and young plants taken from her flowers for their new homes. Ada’s love of her family was endless. Always the matriarch she made herself available with an ear to listen, a shoulder to cry on, and a heart to love unconditionally. A kind and gentle person with a smile that always reached her eyes. Her marriage of 68 years endures as a testament of faith to her children and grandchildren who were her pride and joy. Even in declining heath making it a point to be there for them at any celebration of their lives and accomplishments. In addition to her parents, she was preceded in death by her husband Ronald G. Kinney Sr., brothers Gene Gordon and Burton Gordon, and sisters Shirley (Gordon) Kibler and Carol Ann Gordon. Ada is survived by her loving family. Son Ron Kinney Jr. and partner Joann Cavallaro, Hunlock Creek; Son Brian Kinney Sr., Hunlock Creek; and daughter Laurie (Kinney) Wojciechowski and her husband Kenneth, Hunlock Creek; her beloved grandchildren, Ron Kinney III and his girlfriend Brenda Cease, Pikes Creek; Brian Kinney Jr and his fiancée Angela Lockavich, Bloomsburg; Eric Wojciechowski and his fiancée Morgan Coburn, Monroe Twp.; Corey Kinney, Baltimore MD; Tyler Wojciechowski and his girlfriend Kirsten Howell, Hunlock Creek; Emma Kinney, Hunlock Creek; brother Joseph Gordon, Pikes Creek; sister Betty (Gordon) Darrow, Clayton, NJ; sister Joyce (Gordon) Kuhn, Pikes Creek; many nieces and nephews. Ada will be dearly missed by her family and friends. She considered herself very fortunate to have so many blessings in her life. Keeping in mind her generosity of heart and her love for helping others, the family has asked in lieu of flowers that memorial donations in memory of her name can be made to Misericordia University’s Women with Children program by visiting; www.misericordia.edu/information-for/donors/women-with-children or the Sweet Valley Ambulance Association at www.sweetvalleyfire.com. Private funeral services will be held at the discretion of the family through the Clarke Piatt Funeral Home, Inc. Hunlock Creek.

Private services will be held for the family. There will be no public Viewing or Calling Hours

Share Your Memory of
Ada
Upload Your Memory View All Memories
Be the first to upload a memory!
Share A Memory
Plant a Tree