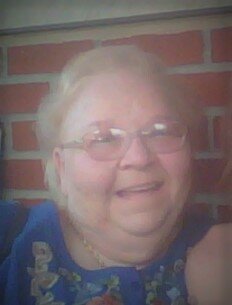 Please share a memory of Andrea to include in a keepsake book for family and friends.
View Tribute Book
Andrea McDonnell, 77, of West Wyoming passed away Monday, September 27, 2021. She previously resided in Ashley. Born November 14, 1943, she was a daughter of the late John and Jeannette (Thomas) Markiewicz. She was raised in Alden Station section of Newport Township and graduated from Newport Township High School, class of 1961. She also received vocational training, becoming a Licensed Practical Nurse. She married Edward J. McDonnell on February 22, 1969. They shared forty-five years of marriage until he passed away on December 14, 2014. Andrea worked in several hospitals in various locations where Edward was stationed with the Navy. Later in life, she also served locally as a pastor with the United Methodist Church for many years. She was a member of the former Alden United Methodist Church, later becoming Newport United Methodist Church. Surviving is her sister, Catherine Elmy and husband, John, and a brother, John Markiewicz. A funeral service will be held Thursday at 10 a.m. in the Mary, Mother of God Mausoleum at St. Mary’s Cemetery, Hanover Township with the Rev. Barbara Saxe, retired United Methodist minister, officiating.
Thursday
7
October

Share Your Memory of
Andrea
Upload Your Memory View All Memories
Be the first to upload a memory!
Share A Memory
Send Flowers
Plant a Tree