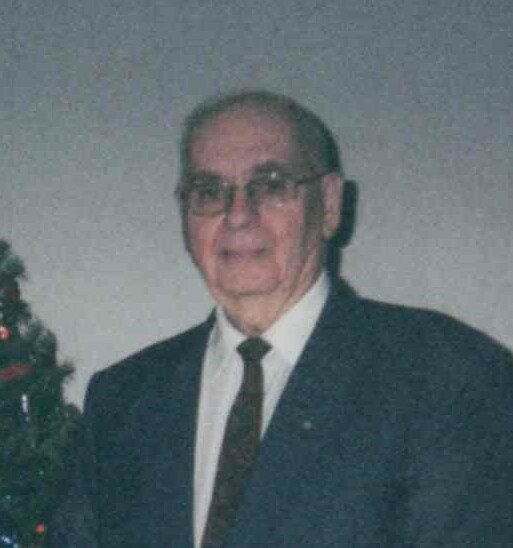 Please share a memory of Joseph to include in a keepsake book for family and friends.
View Tribute Book
Joseph R. Shiptoski, 91, formerly of Sheatown, Newport Township passed away on Friday December 24, 2021 at Highland Park Senior Living. Born in Glen Lyon, Newport Township, he was the son of the late Walter and Martha (Keel) Shiptoski. His wife Phyllis M. (Chrzan) Shiptoski , with whom he celebrated sixty three years of marriage passed away in 2016. Joseph departed this earth in order to be with Phyllis in Heaven for Christmas Day. He was a 1948 graduate of Newport Township High School and continued his education at Penn State University where he studied Engineering. He subsequently became a part time instructor at Penn State's Hazleton Campus. He worked for several local engineering firms as a mechanical engineer and achieved the status of being registered as a Professional Engineer by the Commonwealth of Pennsylvania along with the states of Ohio and Virginia. He retired from the Engineering Department of Tobyhanna Army Depot in 1996. He was previously an active member of the Wilkes-Barre YMCA where he made many friends at the Fitness Center. He also enjoyed watching old movies, going for hikes and was an avid tennis player. Joe was active in his community where he formerly served as President of the Nanticoke Rotary Club and was a recipient Rotary's Paul Harris Award. He was also very involved in Holy Child Parish, Sheatown before its merger into St. Faustina Parish, Nanticoke where he continued as a parish member. Most importantly, Joseph was a dedicated loving husband and father. He always put his family and others before himself. He will be deeply missed by his family. Surviving is daughter Maryann of Nanticoke, sons Richard of Huntington Township, Brian of Weatherly, Paul and his wife Susan of the Lee section of Glen Lyon; grandchildren Frederick, Michael, Jason, Maria and Kelley; great grandchildren Jessica, Jackson, Tyler, and Jeremy and great great grandchildren Mason and Emily. Also surviving are several nieces and nephews. Funeral services will be held Wednesday at 9:30 a.m. from Davis-Dinelli Funeral Home, 170 E. Broad Street, Nanticoke with a Mass of Christian Burial at 10:00 a.m. at St. Faustina Parish, 520 S. Hanover Street, Nanticoke. Interment will follow in St. Mary's Cemetery, Hanover Township. Viewing and Visitation hours will be Tuesday from 5 to 8 p.m. at the funeral home. The family would like to thank the staff at Highland Park Senior Living for the kindness and compassion shown to Joseph while he resided there. In lieu of flowers, please do an act of kindness for someone - Joseph will appreciate your gesture.
Tuesday
28
December

Share Your Memory of
Joseph
Upload Your Memory View All Memories
Be the first to upload a memory!
Share A Memory
Send Flowers
Plant a Tree