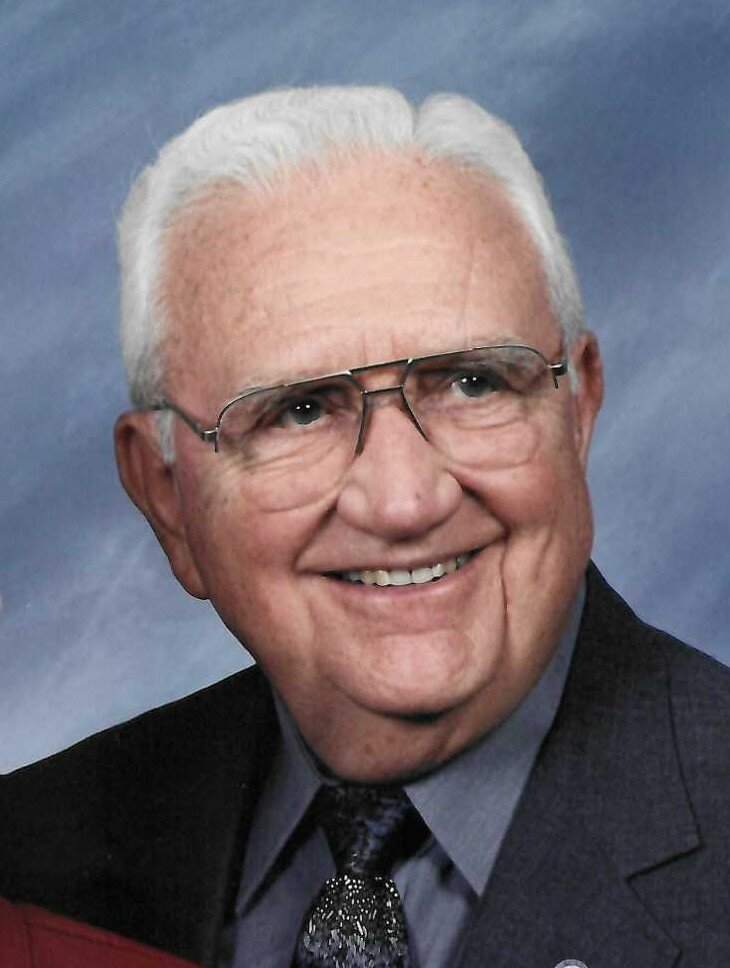 Please share a memory of Willard to include in a keepsake book for family and friends.
View Tribute Book
Willard J. Swank, 95, of East Green Street, Nanticoke, passed away Wednesday evening, January 12, 2022 at Forest City Nursing and Rehabilitation Center, where he was a resident since December, 2020. Born June 18, 1926 in Mountain Top, he was a son of the late Charles Burgess and Ruth Remphrey Swank. He was a graduate of the former Fairview High School, class of 1944, and went on to serve his country with the U.S. Navy Sea Bees for two years during World War II. He attaining the rank of Petty Officer 3rd class. On April 8, 1950 he married Jane C. Swithers of Dewey Park, Hanover Township. They shared 70 years of marriage until she passed away on December 6, 2020. Mr. Swank enjoyed a long career as a computer systems analyst. In 1946 he was initially employed with the Remington Rand Company in Philadelphia and later with Univac, their computer division, in the maintenance of computers. As computers developed he traveled extensively and relocated fourteen times over the years. He was also employed with Bethlehem Steel for ten years, Mohawk Data Sciences, Herkimer, NY and last at Mack Truck Company parts division, Sommerville, NJ, retiring in 1988. He and Jane also operated a caramel corn, popcorn and candy shop in Easton, PA. In 1989 they returned to this area, residing at their current address in Nanticoke. Willard was a member of First United Methodist Church, Nanticoke where he served on the Administrative Board and was a trustee; and the Men’s Club at several churches over the years; a member of Nanticoke Lodge # 332, Free and Accepted Masons; and Irem Shriners, Dallas in the Stewards Unit. He was an avid fisherman, enjoyed golfing until his health no longer permitted, and was an avid Yankees fan. He and Jane also liked to travel, and together had traveled to 49 states. They loved family trips to Canada and attending family reunions. In addition to his wife, Jane, he was preceded in death by a son, Willard Jr.; brothers, Burgess, Robert and William Swank, and a sister, Nancy Sheets. He is survived by his son, John C. Swank of Nanticoke; daughter-in-law, Peggy Swank and grandsons, Neil and Glenn Swank, all of Bakersfield, CA; a sister, Ruth Smith, Mountain Top and nieces and nephews to whom he was very close. The family extends their sincere thanks to the entire staff at Forest City Nursing & Rehabilitation Center for the wonderful care they provided. Funeral services will be held 1 p.m. Tuesday from Davis-Dinelli Funeral Home, 170 E. Broad St., Nanticoke with the Rev. Roger C. Noss, Jr., his pastor, officiating. Military honors will be provided by the U.S. Navy. Viewing and visitation hours will be Tuesday from noon until the time of the service. A Masonic Memorial service will be held at 12:45. Interment will be in Albert Cemetery, Mountain Top at a later date. In lieu of flowers, contributions in Mr. Swank’s memory may be made to the Wounded Warrior Project, P.O. Box 758516, Topeka, KS 66675-8516.
Tuesday
18
January

officers and members of Nanticoke Lodge # 332, Free and Accepted Masons will conduct a Masonic Memorial Service Tuesday at 12:45 p,m.

Share Your Memory of
Willard
Upload Your Memory View All Memories
Be the first to upload a memory!
Share A Memory
Send Flowers
Plant a Tree