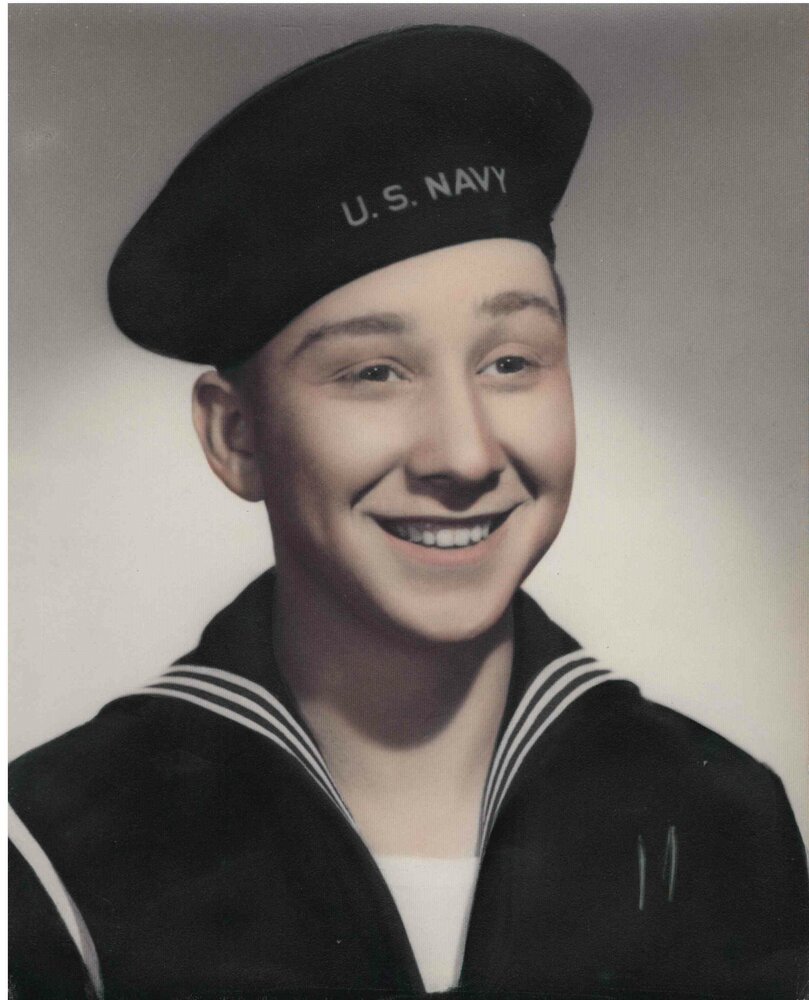 Please share a memory of Robert to include in a keepsake book for family and friends.
View Tribute Book
Robert G. Hazleton, 93, of Nanticoke, passed away early Saturday morning, February 5, 2022 at Wilkes-Barre General Hospital. Born October 26, 1928, he was the son of the late Lester and Laura (Meikrantz) Hazelton. A resident of Nanticoke most of his life, he attended the public schools and enlisted with the U.S. Navy, proudly serving from 1946 to 1949. He served aboard the USS Higbee, and the new destroyer, the USS Lloyd Thomas, which departed San Diego with an aircraft carrier and three other destroyers, for a five-month, round-the-world training voyage. Traveling 46,168 nautical miles, it visited Australia, China, Singapore, Ceylon, and Saudi Arabia. It transited the Suez Canal and north for calls at Bergen, Norway and England, before returning to San Diego in June, 1948. He received the World War II Victory Medal and the American Campaign Medal and was proud to be a “Shellback”. Robert married the former, Phyllis Patterson on January 26, 1951, sharing 71 years of marriage. Bob worked as a machinist with R & H Manufacturing, Edwardsville for over 25 years, until retiring. He was a member of the former Bethel Congregational United Church of Christ, Nanticoke, and a veteran member of Lape Hose Co. # 2 of the Nanticoke Fire Department, and the Nanticoke Firemen’s Relief Association. In the past, Bob also enjoyed the outdoors and hunting. Surviving in addition to his wife, Phyllis, are; sons, Keith and wife, Connie Hazleton, and Kevin and wife, Karen Hazleton; a daughter, Karla and husband, Dave Otway; ten grandchildren; seven great-grandchildren; three great-great grandchildren; a sister, Betty Fydrychowski, as well as nieces and nephews. He was preceded in death by sisters, Lois Davenport and Evelyn Rittenhouse. A Memorial Services will be held 7 p.m. Friday from Davis-Dinelli Funeral Home, 170 E. Broad Street, Nanticoke, with pastor Carol Coleman of the Wyoming United Methodist Church, officiating. Friends may call for visitation hours Friday from 5 p.m. until the time of the service. Private interment will be in Hanover Green Cemetery. In lieu of flowers, please consider a donation in Bob's memory to the Nanticoke Fire Department, 2 E. Ridge Street, Nanticoke, PA 18634.
Friday
11
February

Private interment will be in Hanover Green Cemetery