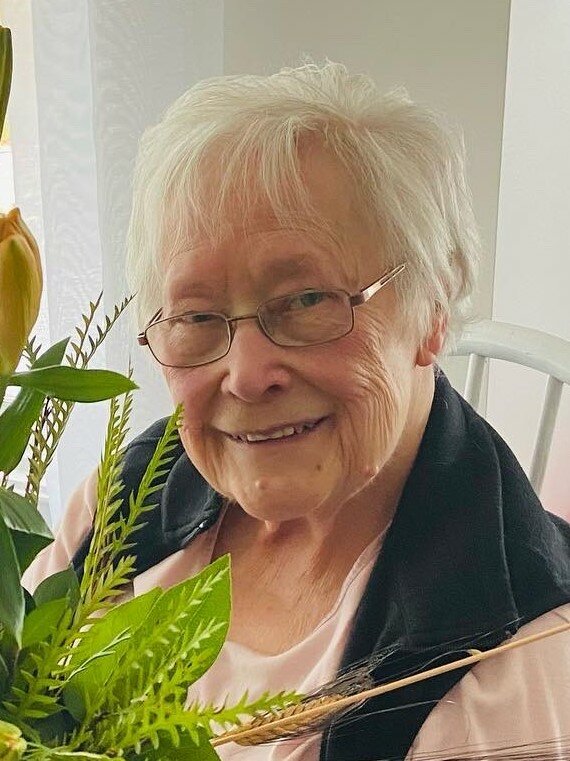 Please share a memory of Monica to include in a keepsake book for family and friends.
View Tribute Book
Monica Ann Quoos, 87, passed away on February 11, 2022 surrounded by her family. Born in Lehman Township she lived the remainder of her life in Nanticoke raising her ten children with husband Howard. She loved being with her family and friends. She had a beautiful personality with a smile to match and a hug for everyone. She will be dearly missed by all. She was preceded in death by her parents, George and Joan (Hallett) Moss; her husband of 55 years, Howard Quoos; a brother, George Moss, and sisters, Barbara Pinheiro, Alice Fernandez, and Elizabeth Moss. She is survived by a sister Irene Moss; children; daughter, Sharon Roke, daughter, Elizabeth and Gary Hasinus, daughter, Donna and John Motel, daughter, Lynn and Bill O'Connor, daughter, Carol and Frank Buchalski, daughter, Ruth and Thomas Unruh, son, Howard III and Debra Quoos, daughter, Barbara and Todd McCracken, son, William and Julisa Quoos, and son, Neil and Summer Quoos. She is also survived by 16 grandchildren and 19 great grandchildren; nephews and nieces. Funeral services will be held 12 p.m. Tuesday from Davis Dinelli Funeral Home, 170 E. Broad Street, Nanticoke with Pastor Mark Dekle, of the Seventh-Day Adventist Church, officiating. Viewing hours will be held Tuesday from 10 a.m. until the time of the service at the funeral home. Interment will follow in Edge Hill Cemetery, West Nanticoke.
Tuesday
15
February

Share Your Memory of
Monica
Upload Your Memory View All Memories
Be the first to upload a memory!
Share A Memory
Send Flowers
Plant a Tree