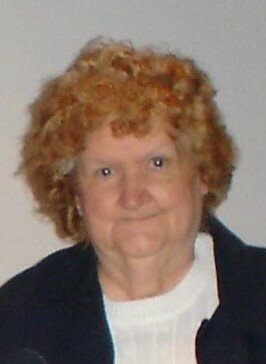 Please share a memory of Mary Lou to include in a keepsake book for family and friends.
View Tribute Book
Mary Lou Youlls, 91, formerly of the Korn Krest section of Hanover Township, passed away Thursday, March 17th, a resident of Guardian Healthcare and Rehabilitation Center, Sheatown. Born September 25, 1930 in Nanticoke, she was a daughter of the late Joseph and Frances Kotch Dula. She was married to Walter B. (Jim) Youlls for nearly 60 years until his passing on July 8, 2009. They resided on Regal Street in Korn Krest for many years and she was a member of Exaltation of the Holy Cross Church, Buttonwood. Mary Lou worked for Alta Products until the plant closed, and did part-time work, including the Blue Bird Diner, Nanticoke until her retirement. She also was an Avon Representative for 30 years. Mary Lou enjoyed time spent caring for her home and with her family. She enjoyed the years of companionship of her beloved dogs, Spotty, Cutie, and Elvis. In addition to her husband, Walter, she was preceded in death by her daughter, Barbara Tabbit; step sons, Dale and Dean Youlls; a grandson, Robert Youlls as well as her two sisters, Loretta Butka and Geraldine Skirmont. Surviving is her son, Robert Youlls and wife, Elsie of Pittston; a daughter, Deborah Gushock and husband, James of Wilkes-Barre; son-in-law, Leon Tabbit; nine grandchildren; several great grandchildren and great-great grandchildren; and nieces and nephews. A Blessing Service will be held 11 a.m. Tuesday from Davis-Dinelli Funeral Home, 170 E. Broad Street, Nanticoke with the Rev. Richard Cirba, her pastor, officiating. Interment will follow in Memorial Shrine Park, Carverton. Viewing and visitation will be Tuesday from 10 a.m. until the time of the service at the funeral home.
Tuesday
22
March

Share Your Memory of
Mary Lou
Upload Your Memory View All Memories
Be the first to upload a memory!
Share A Memory
Send Flowers
Plant a Tree