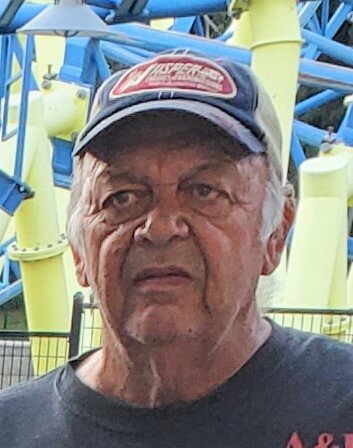 Please share a memory of Charles to include in a keepsake book for family and friends.
View Tribute Book
Charles J. Graboske Sr., 69, of West Nanticoke, passed away unexpectedly on Monday, May 16, 2022. Born in Nanticoke on December 22, 1952, the was the son of the late George Graboske and Rose Yavor Graboske Eget, he will be welcomed in the next life by his older brothers, George III, Richard, and Robert, and his younger brother and best friend, David. Charlie loved all things outdoors—NASCAR, hunting, and especially planting tomatoes. For most of his life he worked as a carpenter, in his younger days he raced stock cars, the #6 at Evergreen Speedway. He loved to tinker and could fix just about anything, he and his brother David once built a Jeep from old parts, and it actually ran. He had the gift to gab and could talk to anyone about anything and was known to many as the “Mayor of West Nanticoke”. More than anything, he loved his family—his adoring wife, Annette, who spent 48 years by his side; his children, Tara Petroski and her husband, Eddie; Charles Jr. and his wife, Rhonda; and Steven and his wife, Jaime. He was also the proud Poppie to Amanda, Geena, Katrina, Blake, Ryker, Crosly and Isaac. In addition, he is survived by his mother-in-law, Jennie Rosencrans; his brother, Melvin; and sisters, Carol Maculloch, Linda Atherton and her husband, James, Karen Spencer, and Donna Eget and her wife, Carolyn Beers; sisters-in-law, Donna Payer and Gloria Graboske, as well as many nieces, nephews and cousins. In addition to his parents and brothers, he was preceded in death by his grandson, Warren; his grandparents, George and Helen Graboske; father-in-law, Stanley Rosencrans; brothers-in-law, Robert Rosencrans, Robert Maculloch, and Mark Spencer; and sisters-in-law, Janice Graboske, Bonnie Graboske and Linda Graboske. Friends may call for viewing and visitation hours from 5 – 8 p.m. Friday at Davis-Dinelli Funeral Home 170 E. Broad Street, Nanticoke. Funeral Services will be held 10 a.m. Saturday at Zion United Church of Christ, 40 W. Main Street, Nanticoke, with the Rev. Barry M. Lohman, officiating. Interment will be in the family plot at Edgehill Cemetery, West Nanticoke.
Friday
20
May

Share Your Memory of
Charles
Upload Your Memory View All Memories
Be the first to upload a memory!
Share A Memory
Send Flowers
Plant a Tree