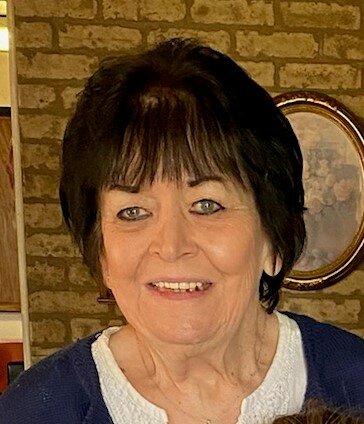 Please share a memory of Barbara to include in a keepsake book for family and friends.
View Tribute Book
Barbara Ann Krushinski, 75, of Nanticoke, passed away Saturday morning, June 4, 2022 at Wilkes-Barre General Hospital. Born August 28, 1946 in Rosedale, New York, she was the daughter of the late Robert and Florence (Ehrig) Traynor. She was a graduate of Stella Maris Catholic Girls High School, Rosedale, Queens, NY, class of 1965. She was employed for many years as a bartender at several Nanticoke establishments and was currently employed at Gerrity’s Supermaket, Hanover Township. Barbara was a member of the former St. Joseph’s Slovak Church, Nanticoke. She and Duane enjoyed trips to Gettysburg. In addition to her parents, she was preceded in death by her husband, Ronald Krushinski on April 1, 1976, and by her brother, Robert Traynor. Surviving is her companion of fifteen years, Duane Petoeski; children, Christine Kozak (Bill Thomas); Edward Krushinski (Doreen), and Ronald Krushinski (Kristen) all of Nanticoke; grandchildren, David Kozak (Brynn), Daniel Kozak (Ashlee), Michael Kozak (Summer) and Caitlin Kozak (Bill); John Blackburn and Erin Yaple; and Kayla, Connor, and Calleigh Krushinski; great-grandchildren, Emalee and Michael Kozak, Devin, Emily, Jacob, and Tucker Blackburn; and Hailey and Chris Yaple. Relatives and friends may call for visitation from 5 to 7 p.m. Wednesday at Davis-Dinelli Funeral Home, 170 E. Broad Street, Nanticoke. A Blessing Service will be held at 7 p.m. with Deacon Herbert Cruikshank, officiating.
Wednesday
8
June

Share Your Memory of
Barbara
Upload Your Memory View All Memories
Be the first to upload a memory!
Share A Memory
Send Flowers
Plant a Tree