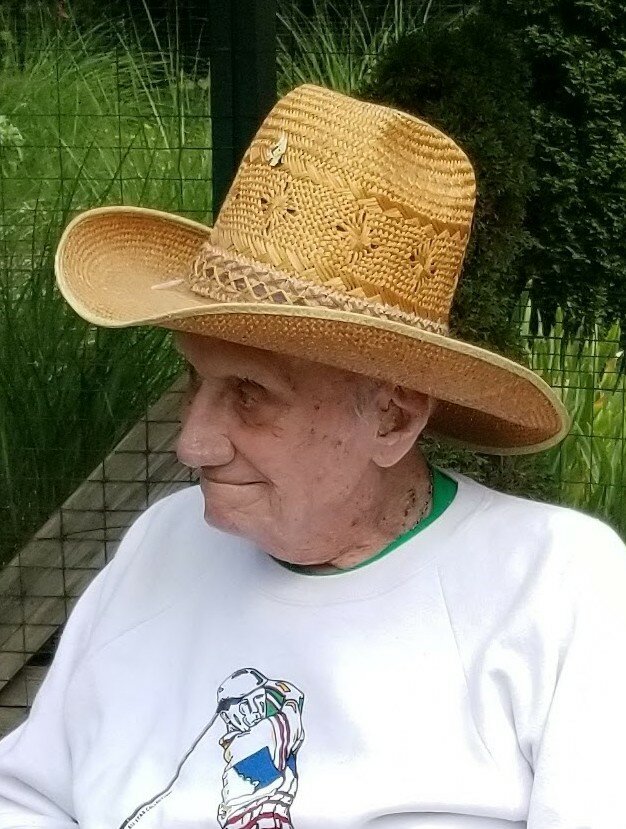 Please share a memory of Bernard to include in a keepsake book for family and friends.
View Tribute Book
Bernard R. Cywinski, 95, of Hunlock Creek and formerly Nanticoke passed away Monday, July 4, 2022. Following a brief illness. He resided in Hunlock Creek for the past three years and formerly River Road, Sheatown in the home that he built. He was married to the former Arvilla John, who preceded him in death on April 27, 2009, following sixty-one years of marriage. Born June 5, 1927, he was a son of the late Bernard and Alice Grabowski Cywinski. Bernard served his country during World War II as a mechanic with the U.S. Marine Corps. He was honorably discharged in 1946. For most of his working years he was a union bricklayer and mason. He was a superintendent with Pethick Construction and last with Hazle Associates until retiring. Following retirement from construction, he served as code enforcement officer for Newport Township. He led a long active life. In his spare time, he enjoyed spending time with his family, horse- back riding with his daughters and was an avid golfer, into his 90’s. In addition to his wife, Arvilla, he was preceded in death by his brothers, Edward (Murph) Cywinski and Francis Cywinski. He is survived by his daughters, Susanne Czapla and husband, Frank of Alden; Karen Kutera and husband, Chet, with whom he resided; and Debbie Torporcer and husband, Ken of Hunlock Creek; seven grandchildren; twelve great-grandchildren; a niece and three nephews. Honoring his wishes, a private graveside service will be held at Hanover Green Cemetery with the Rev. Daniel Brubaker, officiating. There will be no public viewing or calling hours. In lieu of flowers, the family would appreciate contributions in Mr. Cywinski’s memory be made to Blue Chip Farm Animal Refuge, 971 Lockville Rd., Dallas, PA 18612.

Private Graveside Service will be held at Hanover Green Cemetery, with Pastor Daniel Brubaker of Roaring Brook Baptist Church, officiating. There will be no public Viewing or Calling Hours

Share Your Memory of
Bernard
Upload Your Memory View All Memories
Be the first to upload a memory!
Share A Memory
Plant a Tree