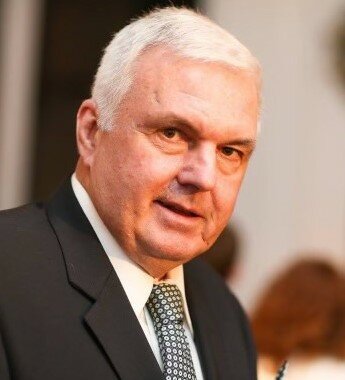 Please share a memory of Gary to include in a keepsake book for family and friends.
View Tribute Book
Gary L Bray, 69, of Nanticoke passed away Saturday, September 10, 2022 at Geisinger Wyoming Valley Medical Center. Born October 24, 1952 in Nanticoke, he was a son of the late H. Robert and Dorothy G. (Ales) Bray. Graduating from Nanticoke High School in 1970, he continued his education at Wilkes College in the ROTC program. Gary was a Vietnam veteran, beginning his military career, serving in the Navy, and later served with the Air Force serving in Desert Storm. He was an Aircraft Maintenance Officer on the flight line and specialized in aircraft crash reconstruction. In addition to Japan and other overseas assignments, he was stationed at McGuire AFB, NJ, and last at Norton AFB in California. Following duty with the reserves, he retired from the military attaining the rank of Major. Prior to entering the Air Force, Gary earned a Bachelor’s degree in psychology from Wilkes College. He later earned Master of Science degree in organizational management from College Misericordia. He was employed as a social worker for Luzerne County Children and Youth Services, and later as a corrections officer at the former SCI Retreat and SCI Dallas. Gary also was a self-employed licensed contractor and installed seamless gutters. He was last employed at Tobyhanna Army Depot, retiring in 2012. He was a member of American Legion Post # 350, Fraternal Order of Eagles, and Stickney Fire Company, all of Nanticoke. Gary was a licensed pilot and liked watching NASCAR racing. Surviving is his wife of forty years, the former Rosemarie McDonough; a daughter, Sara Ulrich and husband, Brian, of Nazareth; grandchildren, Maya and Colin Ulrich; brothers, Robert Bray and wife, Rosemary, of Nanticoke, and Keith Bray and wife, Deborah, of Myrtle Beach, SC; in-laws, Helene and Jay Landau, of Media; Kathleen and Carl Wint, of Wyoming; Jane and James Meyer, of Forty Fort; Bill McDonough, of Bear Creek; and Kerry and Bob Lynady, of Hazleton; as well as numerous nieces, nephews. The family will receive friends for visitation hours, 6 to 8 p.m. Wednesday at Dinelli Family Funeral Home, 170 E. Broad Street, Nanticoke. Members of Stickney Fire Company will gather at 7:30 p.m. to pay their respects. Interment with military honors will be at a later date in Arlington National Cemetery, Arlington, VA.
Wednesday
14
September

The family will receive friends for Visitation Hours

Members of Stickney Fire Company will gather at the funeral home Wednesday at 7:30 p.m.

Share Your Memory of
Gary
Upload Your Memory View All Memories
Be the first to upload a memory!
Share A Memory
Send Flowers
Plant a Tree