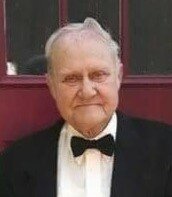 Please share a memory of Francis to include in a keepsake book for family and friends.
View Tribute Book
Francis S. (Frank) Nowak, 93, of Wilkes-Barre, and formerly Nanticoke, passed away Wednesday, October 26, 2022 a patient at Guardian Healthcare, Sheatown. Frank was born in West Nanticoke, one of ten children of the late Francis and Rose (Glushefski) Nowak. He was married to the former, Phyllis Sauers for fourteen years, until her passing on May 20, 1964. Early in life, he worked in mining as an oiler on a shovel for the Pagnotti Company until 1966, and later was employed at RCA Corporation, Mountain Top, until he retired in 1991. He was a member of St. Mary’s Church of the Immaculate Conception, Wilkes-Barre and previously Holy Trinity Parish, Nanticoke. He also belonged to the St. Conrad’s Society and the West Nanticoke Boat Club. He was preceded in death by his brothers; John, Louis, Julius, Charles, Leo and Edward; sisters, Mary Bertha and Agnes; and a son-n-law, Joseph Bobyak. Surviving are his daughters; Carol George (Anthony) and Phyllis Bobyak, both of Wilkes-Barre; and Kathleen Wise (Stephen), of Florence, KY; seven grandchildren; eleven great-grandchildren; 2 great-great-grandchildren; as well as many nieces and nephews. Funeral services will begin Friday at 10:30 a.m. from Dinelli Family Funeral Home, 170 E. Broad Street, Nanticoke with a Mass of Christian Burial at 11 a.m. at St. Faustina Kowalska Parish, 520 S. Hanover Street, Nanticoke. Interment will follow in the parish cemetery, Sheatown. Viewing and visitation will be Friday from 9 a.m. until transferal to the church. In lieu of flowers, please consider a donation in Frank’s memory to the S.P.C.A., 524 E. Main Street, Wilkes-Barre, PA 18702.
Friday
28
October

Share Your Memory of
Francis
Upload Your Memory View All Memories
Be the first to upload a memory!
Share A Memory
Send Flowers
Plant a Tree