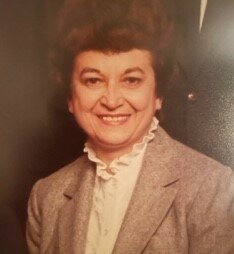 Please share a memory of Theresa to include in a keepsake book for family and friends.
View Tribute Book
Theresa M. Walker, 88, of the Wanamie section of Newport Township, passed away Friday, January 20, 2023 at her home. She was married to Al J. Walker for forty-five years until his passing on August 28, 2004. Theresa shared in supporting many of their activities including Al's music career and the Newport Township Little League. Born May 14, 1934, in Nanticoke, she was a daughter of the late Walter and Pauline Knapp Pawloski. Theresa was a graduate of the former Newport Township High School, class of 1951 and continued her education attending business school. Prior to retiring, she was employed by Bell Telephone Company, Kingston for 25 years. Theresa was a pioneer with the introduction of computer technology to the accounting systems and supervised the billing department. Theresa's personal interests were her family and travel. She organized the annual family vacations along the east coast and travelled extensively with her husband during their retirement. Theresa cherished visits from her grandchildren the most and always had encouraging words and guidance to share. She was an avid sports fan especially figure skating and enjoyed reading and movies. She was a member of St. Faustina Kowalska Parish, Nanticoke and previously Holy Trinity Church. Surviving are her sons; David Walker and wife, Jane, of Perkasie; and Dan Walker and wife, Julie, of Lancaster; grandchildren Abigail, David G., Hannah, and Nathanael Walker; and Jacob and Drew Walker; sister, Louise Salva, of Rochester, NY; brother, Stanley Pawloski and wife, Dorothy, of Collegeville; sister-in-law, Florence Pawloski, of Mountain Top; as well as several nieces and nephews. In addition to her husband, Al, she was preceded in death by brother, Edmund, sister Leona, and a brother-in-law, John Salva. Friends and family are invited to a Mass of Christian Burial, 11 a.m. Saturday, January 28th at St. Faustina Kowalska Parish, 520 S. Hanover Street, Nanticoke. The Rev. Brian F. Van Fossen, her pastor, will be the celebrant. Those attending the mass are asked to go directly to the church Saturday morning. Interment and Rite of Committal will follow in St. Adalbert’s Cemetery, Glen Lyon. There will be no public viewing or calling hours.
Saturday
28
January

There will be no public Viewing or Visitation hours. Those attending the Funeral Mass are asked to go directly to the church Saturday morning.

Share Your Memory of
Theresa
Upload Your Memory View All Memories
Be the first to upload a memory!
Share A Memory
Send Flowers
Plant a Tree