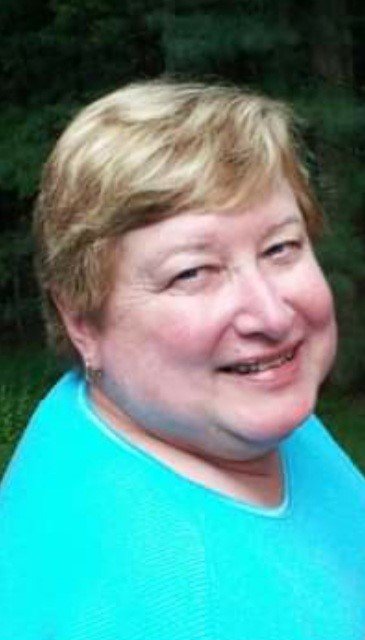 Please share a memory of Diane to include in a keepsake book for family and friends.
View Tribute Book
Diane Tierney Suffren, of Elm Ave., Kingston passed away November 25, 2020 suddenly as a result of COVID-19 complications. Born July 8, 1953 in Brooklyn to the late Charles and Ann (Webb) Tierney, she was raised in Jamaica and Queens Village, NY. She was the first in her family to attend college, graduating from Wilmington College, Wilmington, Ohio in 1974 with a degree in History/Political Science and Psychology. She went on to receive her Master's Degree in Library Science at Drexel University where she would meet her husband Jay. Diane had a lifelong love of books and learning as which carried through her education and career. She served as Head Librarian for Community Legal Services, Philadelphia, from 1977 to 1981. Diane later joined the Osterhout Free Library in September 1981 in the Reference Department, which she would later lead. In 1997, Diane was selected as the 7th Executive Director of Wilkes-Barre's Osterhout Free Library system. Under her leadership, the library saw an extensive physical renovation and complete digitization and automation of its card catalog and lending system. Following her retirement in 2007, Diane received a citation from Rep. Mundy stating "Under her leadership, the library improved by leaps and bounds in terms of technology and internet services, as well as with increased services to the community.” In addition to her love of reading, Diane also loved to travel, one of her favorite places being North Carolina's Outer Banks; venturing as far as Hawaii, Ireland and Iceland, playing word games, and spending time with her family. Diane was also an animal lover, caring for many kitties over the years. She's survived by her devoted husband of 38 years, Jay, dearest sister, Colleen (John) Boyko of Duryea, brother-in-law, Steve Eggart, her adoring nephews, Steven, Kenny (Karli), Keith (Karla), and Jonathan (Lisa) Eggart, Daniel (Rachel) Kubasti, Ryan (Joe) and Cory Boyko, one grandnephew, Hunter Eggart and too many close cousins and friends to name. She was predeceased by her beloved siblings, Charles "Chucky" and Barbara Jean Eggart. Diane touched many lives and her kindness, quick wit and generosity will be remembered. Private services will be held at this time and a memorial service will be announced at a later date. Donations to an Animal Shelter of your choice in her memory are welcomed.

Share Your Memory of
Diane
Upload Your Memory View All Memories
Be the first to upload a memory!
Share A Memory
Plant a Tree