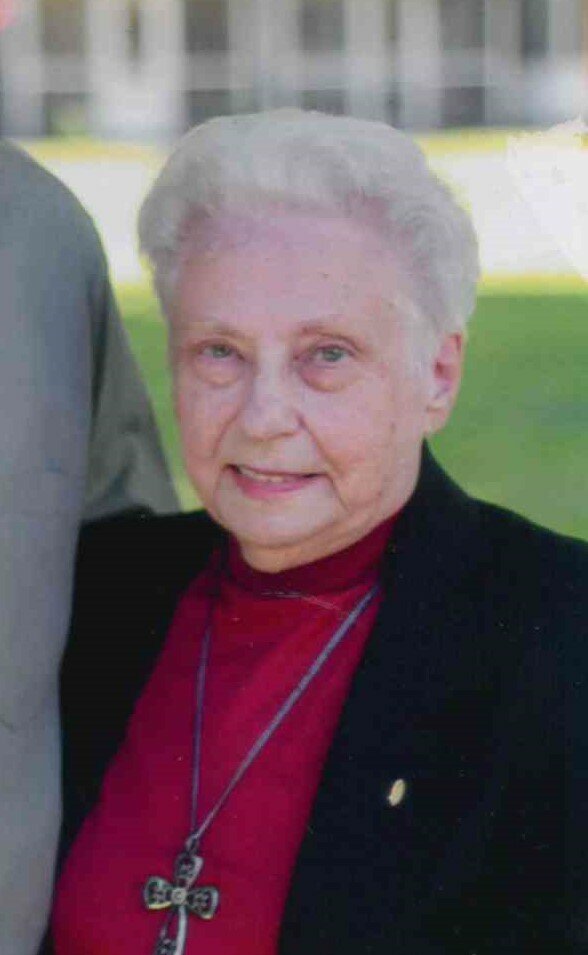 The Reverend Barbara A. A. Saxe

Obituary of The Reverend Barbara A. A. Saxe

Please share a memory of The Reverend Barbara A. A. to include in a keepsake book for family and friends.
View Tribute Book
The Reverend Barbara A. A. Saxe, 86, of Parsons section of Wilkes-Barre, went home to be with the Lord Monday, September 19, 2022. She was in the care of Allied Services Hospice. Born September 22, 1935 in Pottsville, she was the daughter of the late John and Etta Griffiths Walters. Barbara graduated from Nanticoke High School, with the class of 1953 and earned a Bachelor of Science degree in Education from Wilkes College in 1957. She married Larry Saxe on August 25, 1956, while he was serving with the U.S. Air Force. They met each other, as well as were married, at Patterson Grove Campground where her family maintained a cottage for most of her life. Barbara was a Lay speaker and instructor with the former Wyoming Conference of the United Methodist Church, as well as being on the secretarial staff; She was active in the United Methodist Women at the district level and was a past president and treasurer. Barbara attended and graduated from Wesley Theological Seminary, Washington DC and was ordained in the United Methodist Church in 1995. Rev. Saxe pastored several United Methodist Churches over the years, including: Forty Fort UMC, Askam-Newport UM Charge; Maple Grove UMC; Evans Falls-Alderson UMC Charge; and First UMC, West Nanticoke. Rev. Saxe was a member of Firwood United Methodist Church for many years; was a member of Order of Eastern Star as well as serving as Spiritual Director at Patterson Grove. In addition to her parents, she was preceded in death by her husband, The Rev. Dr. Larry Saxe on October 26, 1988 after thirty-two years of marriage. She is survived by her sons; Leslie Saxe, of Parsons; and John Saxe and his wife, Brenda of Bellevue, Nebraska; and a granddaughter, Ashely Saxe, of Anchorage, Alaska. Funeral services will be held 10 a.m. Saturday at Forty Fort United Methodist Church, 26 Yeager Avenue, Forty Fort with the Rev. Richard Bradshaw, pastor, officiating. Interment will follow in Scott Cemetery, Shickshinny, (Waterton). Viewing and visitation hours will be 4 to 7 p.m. Friday from Dinelli Family Funeral Home, 170 E. Broad Street, Nanticoke, and Saturday from 9 a.m. until the time of the service at the church. In lieu of flowers, please consider at contribution in Rev. Saxe’s memory to Patterson Grove Campmeeting Association, 1128 Bethel Hill Rd., Shickshinny, PA 18655.
Friday
23
September

The Reverend Barbara A. A. Saxe

Share Your Memory of
The Reverend Barbara A. A.
Upload Your Memory View All Memories
Be the first to upload a memory!
Share A Memory
Send Flowers
Plant a Tree